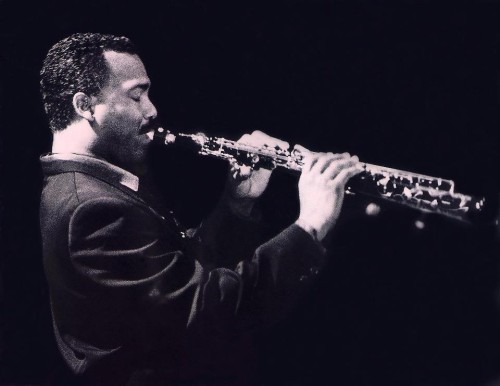 This weekend at the 33rd Annual Playboy Jazz Festival comes the arrival of a very special jazz legend – the one and only Ronnie Laws! Ronnie will be in good company at the festival with known artists Stanley Jordan and Walter Beasley, as they perform together as a new group called, “Harmony 3”! Mr. Laws speaks out about the new venture, new projects to come and much more with our very own Terrill J. Hanna!

TERRILL:    Terrill back at you with The Urban Music Scene.com. Today we bring you one of the baddest veteran saxophone players in jazz, Mr. Ronnie Laws. What’s happening Ronnie?

RONNIE:    Very, very well. Like my dad used to always say, “Any day that you’re above ground is a good day.” (laugh)

TERRILL:    (Laugh). I’m going to have to remember that one and tuck that in. You’ve got a lot of good things coming up for you in the next couple of months and, hopefully, until the end of the year and moving forward. You’re collaborating with two well-known jazz artists – saxophonist Walter Beasley and guitarist Stanley Jordan – for Harmony 3.

RONNIE:    That’s correct. I came up with that package concept because of the nature of things in the industry as we know it now. Reflecting on some of the artists that I worked with back in the day, Stanley is one that I have always had enormous respect for. He is not only a prolific guitarist but his whole aura as a musician is absolutely genius. Walter is one of the younger guys that in his own right is a very well accomplished artist – a music professor at Berkeley School of Music. I decided to call out to them and consequently the realization of putting this together has come to fruition. We’re looking forward to our first concert together at the Playboy Jazz Festival. It should be a great evening.

TERRILL:    Following your debut at this year’s Playboy Jazz Festival, will Harmony 3 be releasing a CD project?

RONNIE:    Well, that’s the objective. We’re using this date at Playboy as a springboard to launch that kind of a project together. A few months back, I participated on Stanley Jordan’s upcoming CD, Friends. I was featured on one of his cuts and it was really incredible! It had a Brazilian kind of drive to it – very special.

TERRILL:    That’s downtown! Considering your discography is already a long-tenured one since your 1975 Blue Note debut, Pressure Sensitive, you’ve been in the game a long time. This is yet another addition to your history with jazz. I believe the fans at the Playboy Jazz Festival are going to go crazy to see all three of you on stage gettin’ down!

TERRILL:    You’re going to be in fine company with a lot of popular acts on that stage, so it’s going to be a beautiful day. Moving right along, your previous CD, Voices in the Water, came out in 2009. How well did that CD do for you?<

RONNIE:    That one was targeted more toward the internet and did relatively well. It’s just a continuation of the repertoire. Interestingly, I’ve gotten a lot of comments from my earlier works like Flame on that my projects were a little bit ahead of themselves, musically speaking.  Years later, people establish a deeper appreciation for the music. I get that kind of feedback all the time on my Facebook responses and it’s very complimentary. When people can appreciate your overall work over an extended period of time, it’s really gratifying.

TERRILL:    Are you going to concentrate on doing another solo piece?

RONNIE:    I’m actually in the studio starting on a new project I’m excited about.

TERRILL:    Cool! Any sneak peek on who you are going to have involved in the project?

TERRILL:    You are a legend, so I would assume that just about every smooth jazz cat and contemporary jazz cat – especially the young lions – might say, “Mr. Laws, do you mind if I play somewhere – anywhere – on the back end of the bandstand with you?

RONNIE:    I just had a conversation with an old friend of mine, a percussionist from Brazil. He actually uttered those words. He was basically speaking of some of the earlier patriarchs of jazz like Coltrane and Miles. How they impacted the scene during that time and a lot of prototypes that were impacted by those kinds of artists. He sort of made me blush when he said, “Ronnie, you have the same impact, man!” That’s a great compliment.

TERRILL:    Let’s talk about that impact for a second. Okay we got Harmony 3 coming up at the Playboy Jazz Festival. There’s a history of releases that Stanley Jordan himself has put out, and Walter Beasley has a string of CDs too. But, man, when you get up on that stage, the consummate jazz fans are going to expect to hear your hit “Always There.” Is there any chance of that seeping out?

RONNIE:    Man, that’s a staple. You know, I very seldom do this, but I just took it upon myself to go online and Google “Always There.” Not my name, just the song “Always There.” And, man, I was just impressed with the amount of groups that have covered that. It’s like an anthem…something to look back on with pride in your career. It’s very complimentary when the music has that kind of an impact. So, I am very thankful for having been a part of that experience – of having that kind of an influence.

TERRILL:    I am willing to make a gentleman’s dollar bet that someone is going to scream out “Always There.”

RONNIE:    What’s really interesting is that smooth jazz stations are really flourishing across the country with the exception of the East Coast. Here on the West Coast on “The Wave” (KTWV-FM), they played my tribute to Eddie Harris, “Listen Here”. However, I’ve yet to hear my original version of “Always There,” but they will play other artists’ renditions. I think it’s good to establish the original rendition of any musical work, but that’s not the way it is today.

TERRILL:    Yeah, but the good thing is that when people look back on your career and what it has done for smooth jazz/contemporary jazz, original tracks always stick. Everything else is water under the bridge.

RONNIE:    That is definitely it! And that’s what I always refer people back to.

TERRILL:    I’m trying to be nice about it. It just flows. Yours is like a framed masterpiece hanging on the wall that someone cannot take down. You know like someone come into your house, sees it up there and try to reach up for it, and you say, “Hey, get your finger off that!”

RONNIE:    (laugh). I’m going to have to remember that one. That is an extremely high compliment.

TERRILL:    And I look forward to seeing you at the Playboy. I’ll be there, I’ll be walking back stage giving you a shout out and …

RONNIE:    Beautiful, I look forward to it man. Really it’s going to be great.

TERRILL:    God bless you. Talk to you soon.